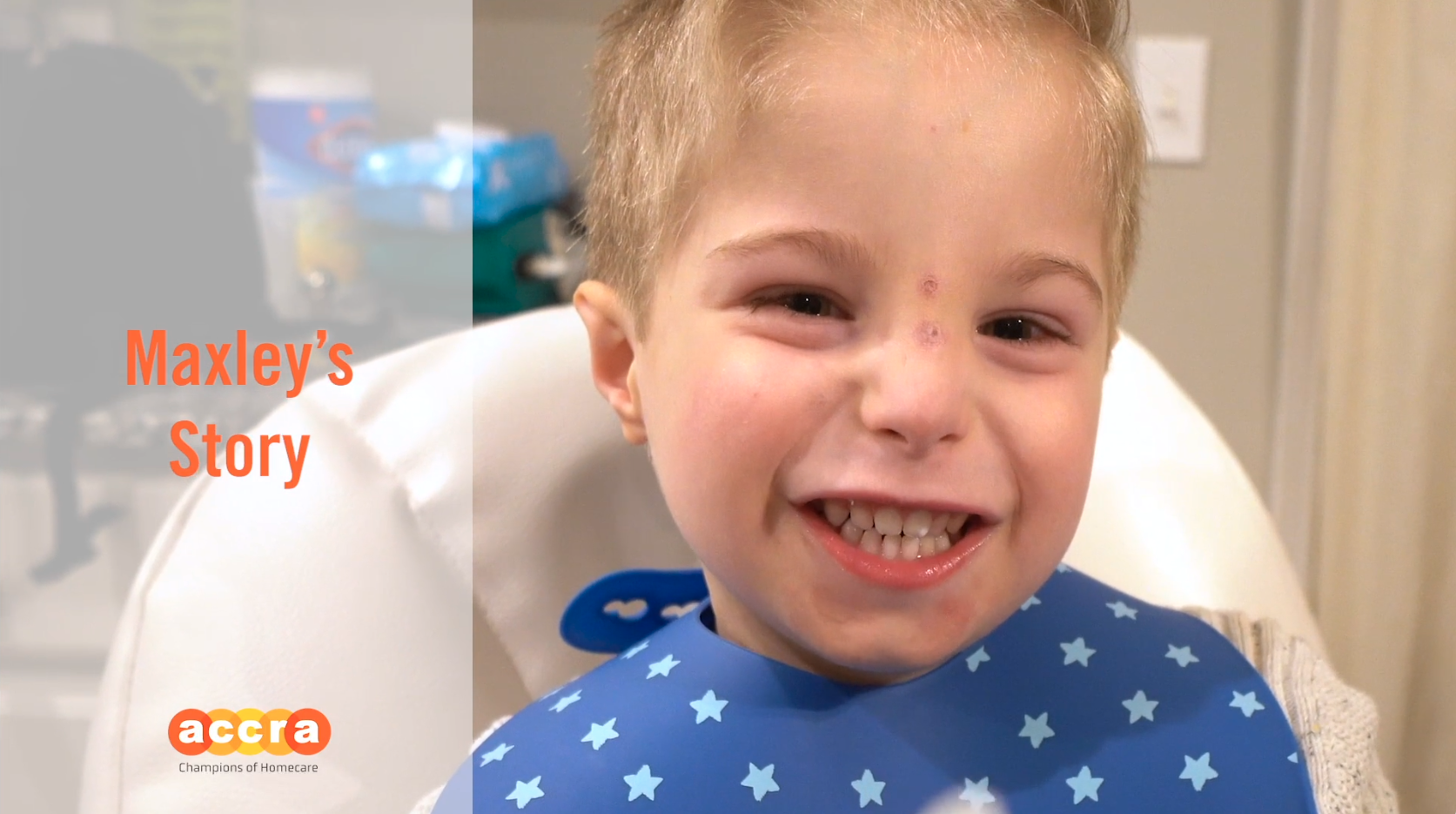 Ask his wife, Kelsey, and she’ll tell you: Scott Ferguson was larger than life. With his laugh, good-natured sense of humor and 6-foot-6 frame, he was truly the life of the party.

A former offensive lineman at St. Cloud State University, Scott met Kelsey during their senior year of college, and the two married in 2016. Scott was drafted into the Canadian Football League, but he decided to pursue sales instead of continuing to play.

He always wanted to be a father, and the couple planned on starting a family together.

However, Scott suffered from an inflammatory disease called vasculitis, otherwise known as Wegner’s. And while Kelsey was pregnant with their first child, that autoimmune disease reared its ugly head. Just several days after, as Kelsey was in the hospital to give birth to their son Maxley, Scott passed away.

Like his father, Maxley also loves to be the center of attention. He is developmentally delayed, which means he has limited speech, but that doesn’t stop him from talking up a storm. Kelsey said that Maxley thinks he’s saying a lot, even when just a few words come out. Maxley was diagnosed with a chromosomal abnormality called 12Q14, meaning he is missing a tiny piece on his 12th chromosome.

Whether it’s reading, watching Sesame Street or playing with his puppy, Maxley has no reservations when it comes to having fun. Maxley also loves Nugget, an obstacle course that sits in the Fergusons’ living room.

“He’ll do that same thing over and over if it made you laugh one time. He just wants to make everybody laugh, smile, and be the center of attention,” Kelsey said. “Loves to show tricks. He makes sure if he does something funny, he’ll look around the room, and everyone is looking at him. Did everybody see that?’”

Maxley finds ways to communicate outside of conventional speech as well.

“I think he loves learning,” Kelsey said of her son. “He’s mostly non-verbal, though he’s probably got seven words by now. He’s developmentally delayed when it comes to speech, so he likes to learn new words and I think he thinks he’s saying a lot of words, which is fun, you know? If you say ‘say this,’ he’ll try and he’ll say something. But it’s fun to watch him try that and explore. You know, he’s really smart. If you teach him sign language, any sign, he’ll pick it up, like incredibly fast. Next time you ask him, he’ll know whatever that sign is.”

Kelsey is meeting Maxley’s needs with the help of the 245D waivered services program at Accra. Kelsey’s Accra 245D Service Coordinator works with her, and Maxley’s county case manager, to coordinate his homecare services. Accra ensures that all his caregivers are appropriately trained and paid for the support they provide Maxley.